Warning: Use of undefined constant REQUEST_URI - assumed 'REQUEST_URI' (this will throw an Error in a future version of PHP) in /home/u501426590/domains/discount9onlinepharmacy.com/public_html/wp-content/themes/Extra-child/functions.php on line 74
 The Computer Vision Syndrome (CVS) & its effect on worker’s productivity - Discount Online Pharmacy " "

The Computer Vision Syndrome (CVS) & its effect on worker’s productivity

Since we’re living in the digital world, most of the work in organisations is performed on computers. Employers who perform long hours of work while constantly staring at the screen often complain about tired eyes, strain in the eye, aching muscles and other such symptoms associated to the Computer Vision Syndrome (CVS). You’d be surprised to know that CVS also results in loss of productivity and making unwanted errors in work.

If yours is a company, it’s worth noting that studies have concluded that workplace profit can be increase if employees are provided with vision care benefits and computer glasses, it also reduces the likelihood of errors and disability excuses that otherwise would’ve sound too unrealistic at times.

CVS: Is it a real problem at work?

As per the American Optometric Association (AOA), vision related anomalies are the most frequent health complaints among the computer users at work. Studies have concluded that around 90% computer users suffer from visual abnormalities associated with CVS.

The symptoms include dry eyes, blurred and double vision, eye strain and irritation. Since computers and digital devices are now a mainstream at workplaces, computer vision syndrome is becoming more common and a major public health concern.

AOA also reported that a survey of ophthalmologists revealed that approximately 10-million eye exams are conducted annually in the U.S. following vision anomalies linked with computer use.

Another study was performed to determine the relationship between computer users and their workplace productivity. Concluding results were;

Related Article:  Some Yoga Tips to improve your Immune System

As per a research, economic benefit to employers catering to computer eyewear is determined by calculating the average productivity gain among the computer users for approximately 12 months and dividing the obtained by the cost of eyewear. In case productivity has been improved by 10%, cost savings would be greater than twofold. Programmes on computer vision benefit can significantly add economic value for companies with larger number of computer-using employees. Results revealed; 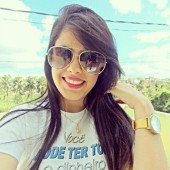 Alicia Nelson is a professional blogger with over 6 years of writing and media experience. She is a full-time contributor to the Discount9OnlinePharmacy Blog and her insightful writing has been enjoyed by thousands. Choosing the right supplements – Stay Ahead of the Fitness Race How Counselling Helps The Child And Adolescent Issues